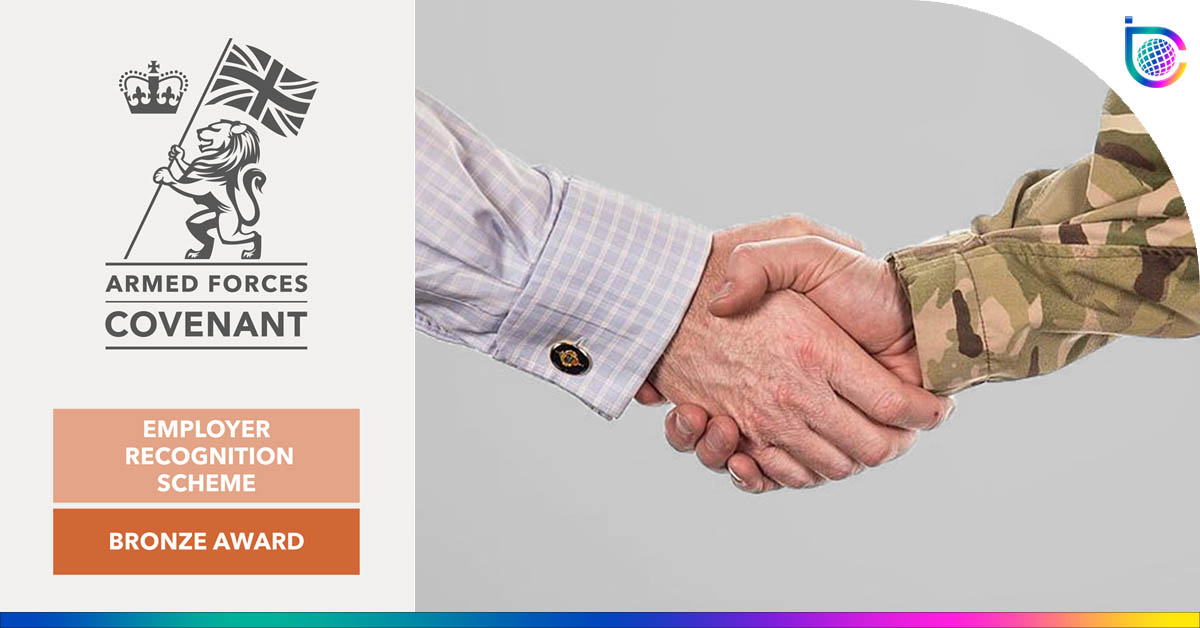 At Incodia, we’re proud to have achieved the Armed Forces Covenant Bronze Award and are now aiming to achieve the next level of recognition.

Amongst our team we can count a number of former service personnel from all branches of the armed forces, including our Chief Executive, Allan Lock.

“Being in the navy earlier in my career was a fantastic experience which taught me critical skills like teamwork, initiative and communication. They’re skills which are just as valuable in an environment like Incodia and we’re keen to give service men and women a fair opportunity to apply them” says Allan.

The government’s Defence Employer Recognition Scheme (ERS) encourages employers to embrace the defence community and inspire others to do the same. The scheme awards employers that pledge and demonstrate support to the armed forces community and align their values with the Armed Forces Covenant.

Our accreditation is led by Paul Howarth, our Logistics Manager and a former soldier himself.

“Despite the sheer breadth of transferable skills gained in the modern military, finding a civilian role can still be a challenge for service personnel. I was given that chance and we feel it’s important to extend the opportunity to others. Particularly in a manufacturing environment like ours, military precision is something to aspire to!” states Paul.

Proud holders of the Bronze award for a number of years, the Silver award requires Incodia to demonstrate active employment of ex-service personnel, policies to support the mobilisation of reservists and the proactive promotion of armed forces-friendly practises.

We’d like to congratulate Paul on maintaining the standard for Incodia and wish him luck as he helps us achieve the next level.

How can we help?