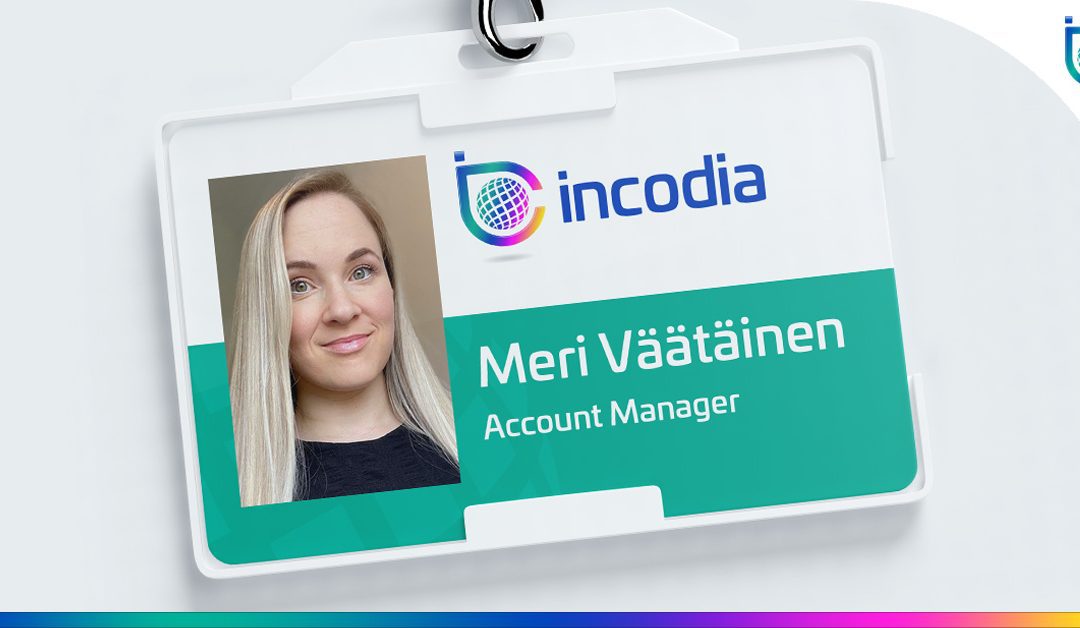 Merituuli – better known to her friends and colleagues as ‘Meri’ – puts most of us to shame by being able to speak an amazing six different languages!

As well as English and her native Finnish, she can speak Swedish and Spanish – and is currently perfecting her Portuguese and Russian!

Meri came to the UK to study management and (yes, you guessed it!) languages at University, during which she also spent a year in Madrid. She achieved both a BA and MSc before joining Incodia in 2016.

Initially working in office admin and customer service, it wasn’t long before both her management and language skills shone through. For the last two years she has been an Account Manager, looking after a number of key relationships with our trade partners across Europe.

“Incodia were so welcoming and it wasn’t long before my experience came in useful supporting our partners across the continent. Most choose to speak English but really appreciate my language skills and empathy. I’ve even started getting the hang of the Essex accent!”

Meri shares her family name with Juha Väätäinen – winner of two European gold medals and the first of a long line of successful Finnish runners in the 1970s.

Though this could also explain her love for sport – it may be more likely to come from her Great Uncle who won Gold in Greco-Roman Wrestling at the 1956 Olympics!

Like many fellow Finns, Meri enjoys watching Ice Hockey but sadly can’t indulge her love of ice skating and snowboarding as much in the UK. She’s fascinated by health and fitness, so much so that she recently co-authored an academic article published in European Sport Management Quarterly.